What is an Injunction Bond

Why is it needed?

In cases where an injunction or restraining order is requested against a defendant, the court will require an Injunction Bond to be issued by a surety bond provider to ensure that the defendant will be paid legal fees, damages, and other losses if the injunction is found to be unwarranted.

Another example would be if two people claim ownership of a property and one person tries to sell it, the other may request an injunction against the party attempting the sale. The court will issue a temporary injunction against the sale while investigating the ownership of the property in question. The plaintiff would be required to get an Injunction Bond that would cover the legal fees and damages incurred by the defendant. If the plaintiff is found to not have rights to the property in question, the defendant would be awarded the cost of their fees and damages covered by the Injunction Bond. The surety bond company would pay out the bond and the plaintiff would be responsible paying the surety bond company.

According to the Illinois Code of Civil Procedure:

“Sec. 11-103. Bond. The court in its discretion, may before entering a restraining order or a preliminary injunction, require the applicant to give bond in such sum, upon such condition and with such security as may be deemed proper by the court, for the payment of such costs and damages as may be incurred or suffered by any party who is found to have been wrongfully enjoined or restrained.

No such bond shall be required of any governmental office or agency.

A surety upon a bond or undertaking under Article XI of this Act submits to the jurisdiction of the court and irrevocably appoints the clerk of the court as the surety’s agent upon whom any papers affecting the surety’s liability on the bond or undertaking may be served. Such liability may be enforced on motion without the necessity of an independent action. The motion and such notice of motion as the court prescribes may be served on the clerk of the court who shall forthwith mail copies to the persons giving the security if their addresses are known.”

Bond requirements and amounts are placed at the discretion of the court. They vary by case. Due to the nature of injunction cases, bonds usually need to be acquired quickly.

If you need fast, reliable surety bond service, please fill out our Get A Bond form. If you have any questions about Injunction Bonds or other surety bonds, please contact us.

Disclaimer: This information is intended to help individuals understand surety bonds, but it should not be construed as legal advice. As with any public policy, there are a number of issues that the law and rules do not address, and law is always subject to change and interpretation. Madden & Bergstrom cannot offer legal advice or offer advisory opinions.

Filing a Claim on a Surety Bond

Surety bonds are contracts between three parties: the surety (the party issuing the bond), the obligee (the party requiring the bond) and the principal (the […] 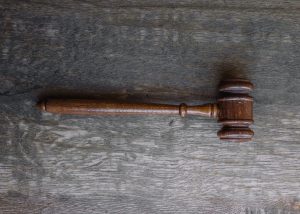 Introduction A security for cost bond, also known as a “cost bond,” is a bond posted by a party to a lawsuit guaranteeing that the […]

Probate Bond Issues That Can Cause Legal Counsel Liability in Illinois

Though it is rare, there are cases where an estate is closed without the surety bond premium being paid. This can lead to potential liability […]

A surety bond is a type of insurance that protects against losses caused by the failure of another party to meet its obligations. When a […]

To learn more about surety bonds, please read our blog post: What is a Surety Bond. The state of Illinois requires surety bonds for many […]

What is a Surety Bond?

A surety bond is a type of insurance. It differs from other types of insurance, such as home or car insurance which minimize risk in […]